A lot of good things come from Wisconsin: Cheese, Football, Harley-Davidson motorcycles, and…

Phil Peterson was born on February 24th, 1924 in that bastion of football near Green Bay, Wisconsin.  His family were cherry farmers since the late 1800s on land awarded to his grandfather in recognition of his service in the Civil War under General Philip Sheridan.  In tribute to General Sheridan, he named a son Philip Sheridan (Phil’s father).  Phil is proud not only to be named for his father, but also of the history associated with his name.

During WWII, like many of his fellow countrymen, Phil answered the “call to arms” and joined the Navy.  He served in the Pacific aboard the destroyer, USS Bears, which was a member of the escort fleet for the signing of the treaty that ended the war.  Phil was understandably proud of this time and remained close to several of his “comrades in arms.”  Twenty-one and back from the war, Phil did what he long dreamed of…he bought a Harley-Davidson motorcycle.  His first Harley was a 1946 WL Harley 45 cu (750cc) that he purchased for $425.00, money he saved up while in the Navy.

Not long afterwards, he married Charlotte (Char) his grade school sweet heart and began farming. Phil had this “passion” for motorcycles and in 1947 he started a motorcycle club.  Char designed and stitched the club logo.  They had meetings and went for rides; sort of an early HOG group. In 1950, at the age of 26, Phil (now with 2 children) could no longer contain his desire to race.  Char, ever his biggest supporter, agreed that he could try his hand at racing for one year to see where it might lead.  Well, that year he won the Minnesota Novice Championship!

Phil continued to race, but still kept farming.  Name any type of racing and Phil competed:  Short track, Road Race, Hill Climb, TT (Tourist Trophy), Ice Racing, Scramble, and Drag Racing.  He rode on the “Hot Shoe Circuit” for four years and continued racing locally until 1967.  During this time he and Char became friends with Walter C. Davidson of Harley-Davidson.  In 1953, Walter approached Phil about becoming a Harley-Davidson dealer.  At first Phil thought that Walter was joking, but he soon realized that he was serious.  Even back then, Phil loved Florida.  He spent a lot of time racing there and had built up a following.  Florida? Why Florida? All Harley could offer, responded Walter, was a little Navy town way, way south….Key West!  The Navy, Harley, and Florida was more than Phil could resist so he leased the farm and packed up Char and the family and headed down to Key West.  His dealership soon became a hangout for the young men serving in the Navy.  Phil, at the “ripe old age” of 30 had become sort of a “Father figure”.

Racing was still in his blood and he was sponsored by fellow Harley-Davidson dealer, Billy Temple, up in Miami. (A relationship that would lead Phil to move to Miami).

Change was in the air – Char was now expecting Drew, and missed Wisconsin.  So Phil packed up the family and returned to the farm.  But, he had this agreement with Billy Temple…Phil could buy the Harley-Davidson of Miami dealership when Billy decided to retire.  On July 4, 1965 – Billy calls Phil – true to his word.  “I’m retiring, are you sure you still want this place?  After all, you have a wife and six kids”…Say no more! Phil got a mortgage and it was back to Florida – Miami this time.

Billy turns over the keys, leaves some petty cash in the register and Phil Peterson’s Harley-Davidson of Miami was born.  During the first month, Phil sells all the motorcycles he has on the floor.

Hard work, dedication, and attention to detail and a focus on customer service guaranteed Phil’s success and the future success of Peterson’s Harley-Davidson.  The word soon spread that in the southernmost town in the United States; a person could buy a good motorcycle for a reasonable price, have it worked on by a qualified mechanic and be treated with courtesy and respect.  Over 60 years later, the same attention to detail and customer satisfaction is still our number one priority at Peterson’s Harley-Davidson.  These days his sons, Drew and Dirk are constantly working hard to keep the same standards associated with the Peterson family name.

Loving husband, father, grandfather, businessman, philanthropist, farmer, World War II vet, professional motorcycle racer, pilot, photographer, story-teller blood donor and devout Catholic. He did not swear and had no tattoos.  He favored a white straw hat when not in his motorcycle helmet.  He had no prejudices and welcomed all into his store and into his family.  Phil never met a stranger.  Through his dealership Phil established many fund-raising events for charities dear to his heart including; the Annual Key West Poker Run for the Florida Keys Rotary Clubs, Diabetes Research Institute (at the University of Miami, Miller School of Medicine), the Toys in the Sun Run (Joe DiMaggio Children’s Cancer Caring Center) and Red Cross Blood Donor Drives, raising hundreds of thousands of dollars over the years.  As a blood donor he proudly gave gallons of his blood over the decades to help others.  Phil was honored with many awards in this lifetime for his community and philanthropic service.

Phil was outgoing, generous, adventurous and fun.  He loved his family, his Country, his friends, his business, football and his church.  He was a kind spirit that will surely be missed. 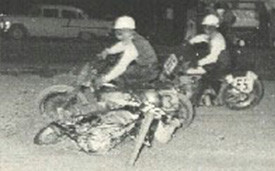 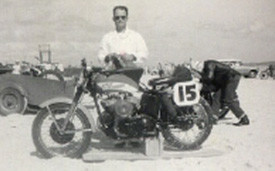 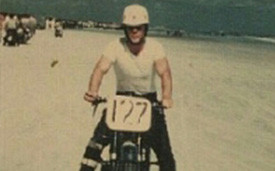 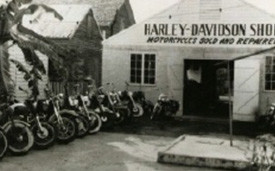 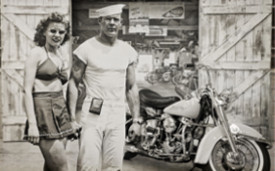 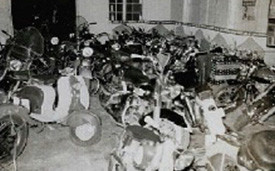